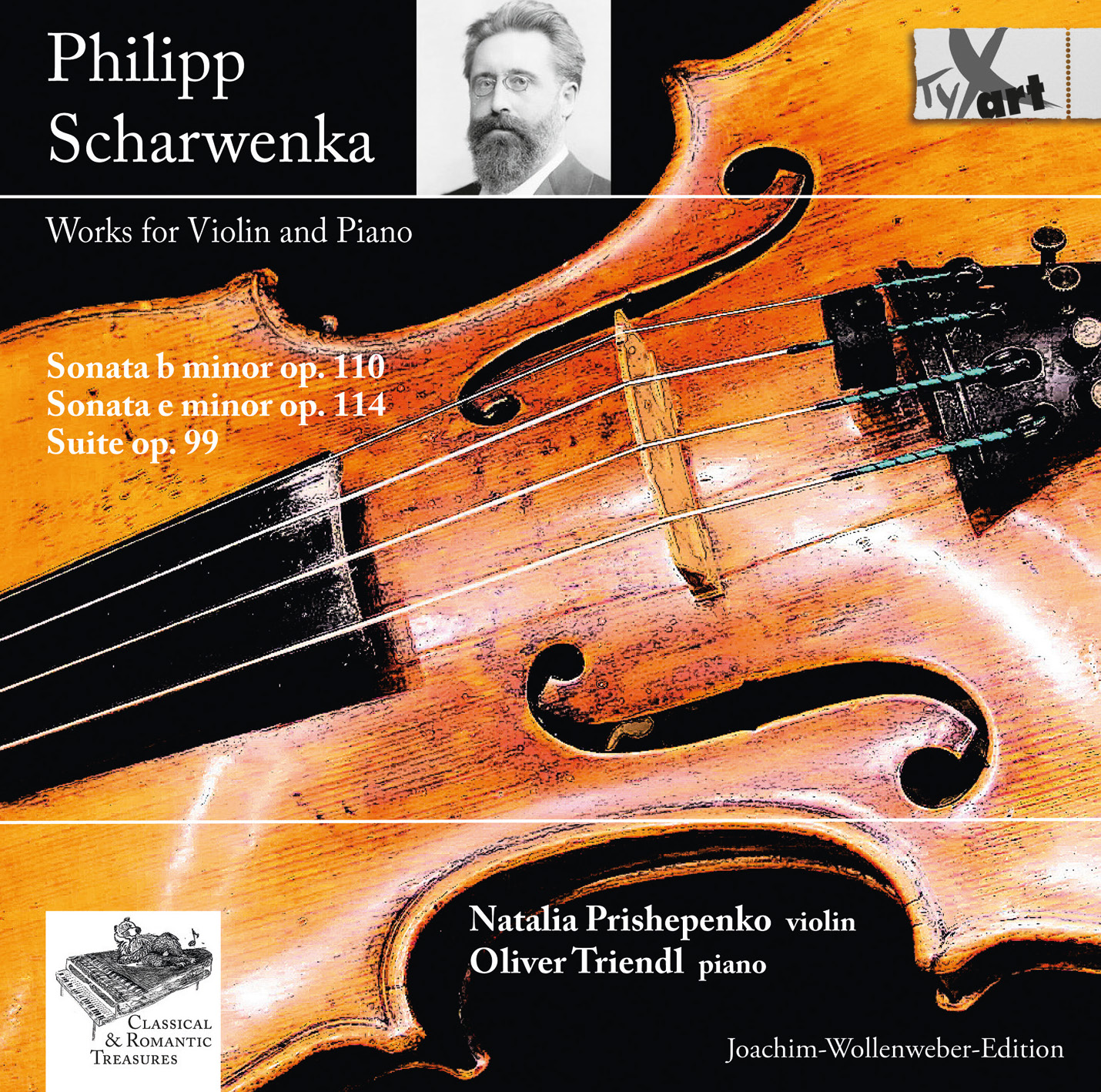 This Coproduction of TYXart and the new Joachim Wollenweber Edition refocuses the publics attention on forgotten composers of the classical and romantic periods.
New sheet music editions are created in collaboration with top artists, musicologists and radio stations, with CD recordings being published at the same time.

This fourth CD of the series is devoted to a composer of the late Romantic period: Philipp Scharwenka. With his symphonies and chamber music works, he won the admiration of Max Reger. Today, Philipp Scharwenka is increasingly gaining the appreciation of enthusiasts through the recordings of his works that have long since been out of print, like this one for violin and piano.

A challenge for virtuosos — Violin works by Philipp Scharwenka
Going to a chamber music concert about 100 years ago, occasionally a “typical“ program may well have included Beethoven, Scharwenka and Brahms. If a music-lover with similar interests goes to an evening with a similarly orientated ensemble in a similarly structured concert hall today, the poster will not rarely announce Beethoven and Brahms. Of Scharwenka or one of his many contemporaries, however, not a trace. The justified pressing-forward of new generations of composers is only partially to blame, since they, too, are only all too infrequently sandwiched in between the classics. The cause is rather the general impoverishment of the repertoire during the last decades, which in turn is a result of the fact that performers – trained for this from the time they begin their studies – are first of all looking for opportunities in the international world of music. This again seems to be most likely possible with those names that are equally popular everywhere, ensuring them an engagement.
Many a musician believe that they cannot afford to present a true rarity. Obviously, this of course works out only partially and is bound to fail in the long term. Always being served the same thing will sooner or later lead inevitably to the worst thing that can happen in musical life: boredom. This is why it has been happening again for some time now, after all: the digging-up of rarities. Not a few small gems and glittering jewels from long-forgotten times have been unearthed this way, which inspire to extend the search. Not everything that is now being re-examined exhibits a composer equal to the most famous creations. Certainly, much forms the valuable surroundings, the humus, in which the masterpieces were able to grow.
(Dr. Christian Heindl)

A Coproduction of the Joachim Wollenweber Edition and TYXart.