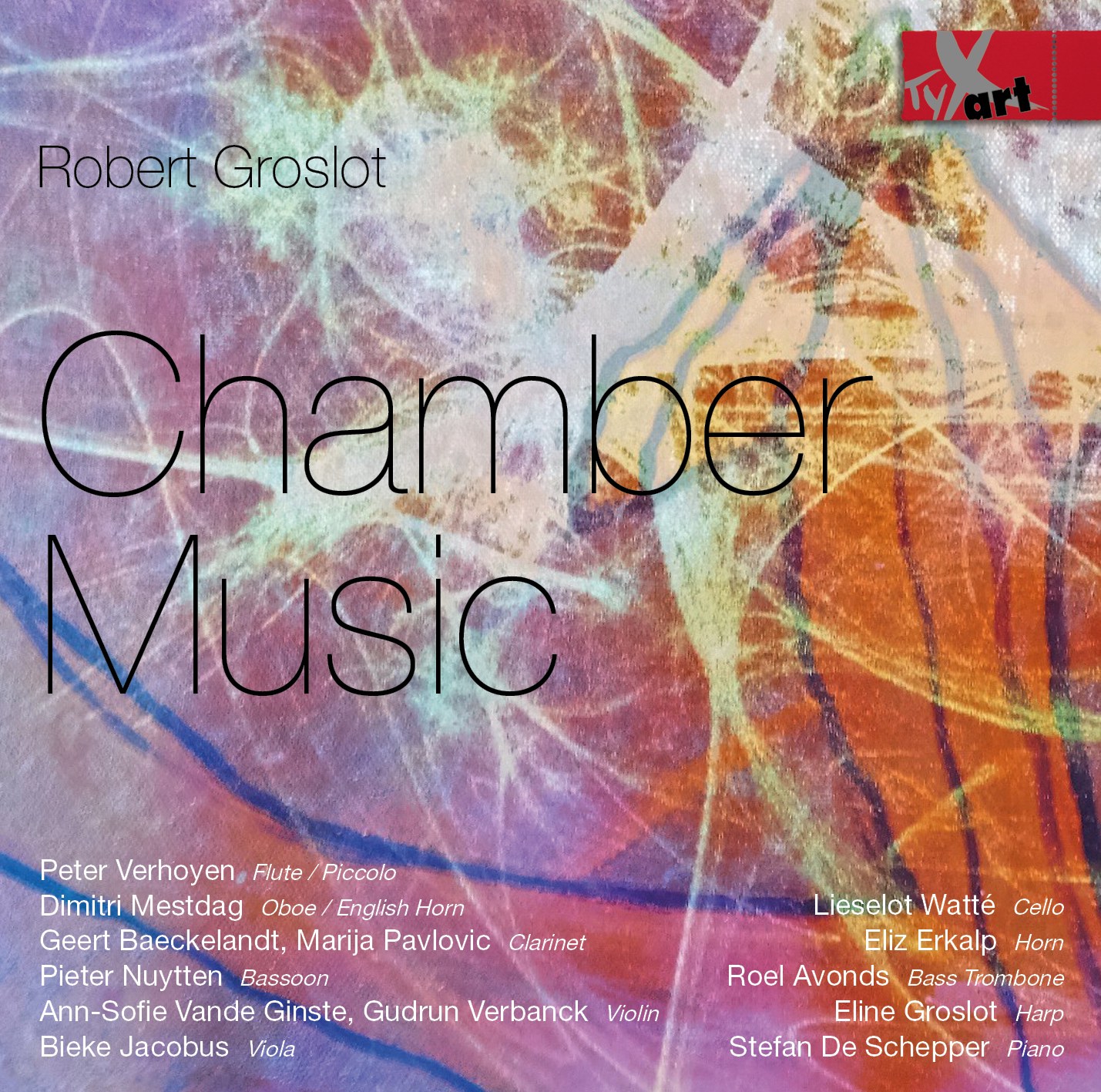 It is hard to categorize Robert Groslot. His music is always based on musical intuition, thus not permitting any clear delineation. Rather than filling rigid formal structures with musical material, Groslot uses a bottom-up method: based on a certain key idea (a melodic or rhythmic motif, a mood or a colour ...) his music develops, as it were, in a natural and spontaneous manner. This album contains a number of works for chamber music, in which the flute in particular is given a prominent position: thus, the composer explores the possibilities of an instrument that has all too often been treated as a poor relation. Indeed, the relatively limited known repertoire for the flute is contrasted starkly by the almost endless technical possibilities and unsurpassed agility of this precious silver instrument. Groslot brings the instrument back into the spotlight in a sonorous adventure that wanders through many paths without losing the way.

Robert Groslot (b. 1951, Mechelen/Belgium) started his musical career as a pianist. After winning the Alessandro Casagrande Competition in 1974 (Terni) and becoming laureate at the Queen Elisabeth Competition (Brussels, 1978), he undertook concert trips accross 4 continents through more than 20 countries and made many studio, radio and television recordings. He is also the founder and conductor of the orchestra ‘Il Novecento’ with which he regularly performs in Europe and the United States (known from "The Night of the Proms" on TV, too).
A strong supporter of professional music education, Robert Groslot has taught piano at several distinguished music institutions in Belgium and the Netherlands until 2009. The majority of his career he spent at The Royal Conservatory of Antwerp where he was appointed Artistic Director in 1995. In the mid 1990’s he founded two succesful national youth orchestras that served as a training ground for an entire generation of musicians, many of whom can be found working professionally throughout Europe.


CD- Review and ♪♪♪♪♪ Recommendation!
»[...] Belgian composer Robert Groslot develops his musical ideas in free tonality and form. In order to serve an instrument which, he thinks, is somehow neglected by today’s composers, he has written a variety of flute works, excellently played by Peter Verhoyen and his partners.[...]«
pizzicato.lu, BeNeLux / international (online 04/2018)

Another CDs with music by Robert Groslot:
"Matrix in Persian Blue"
"Works for Cello and Piano"

Further info about the composer:
robertgroslot.eu