CD "Spirit of Improvisation" Works for Piano by Mozart, Scarlatti and Liszt 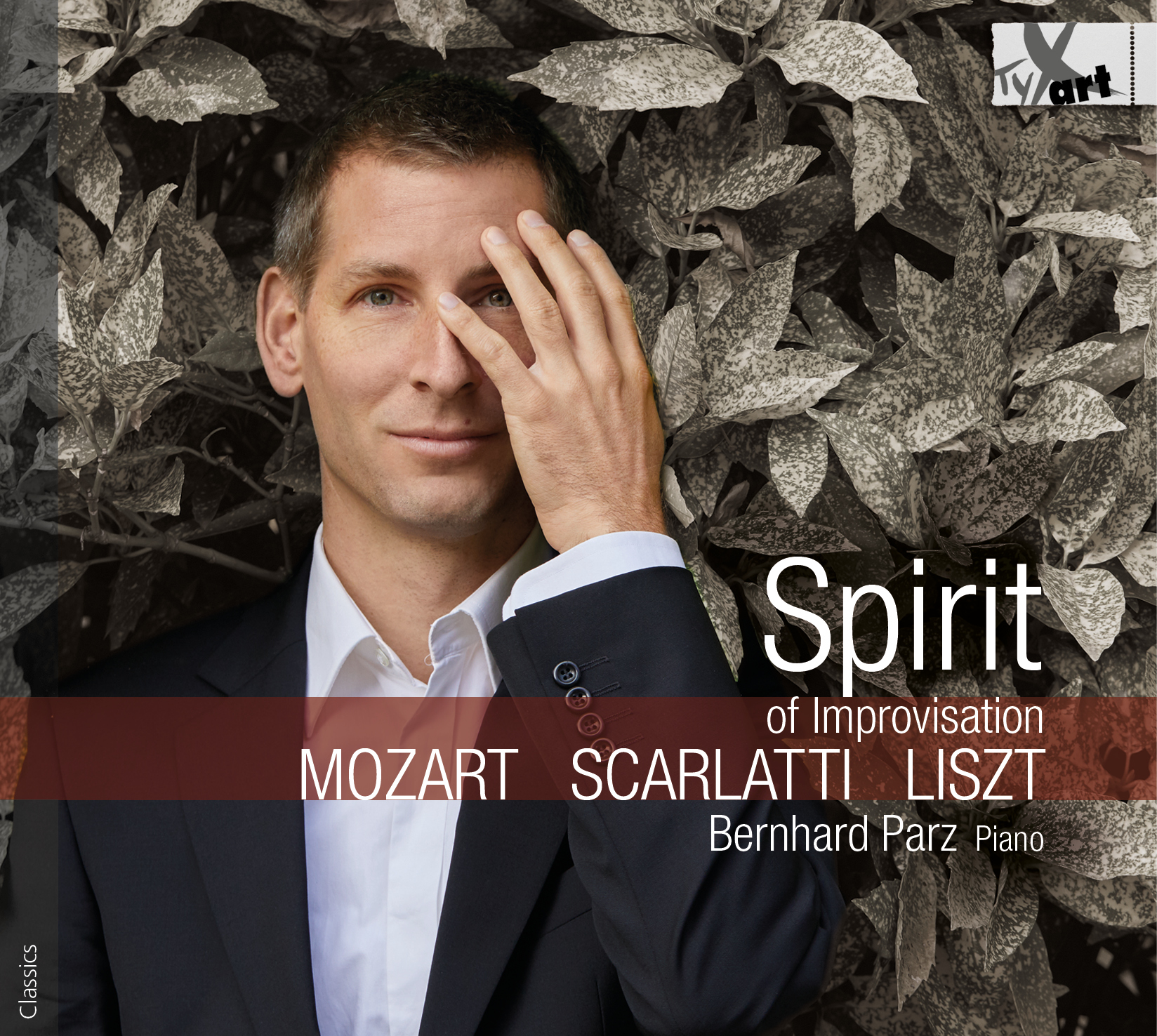 What do the three composers Mozart, Scarlatti, Liszt on this album, who come from such different eras, have in common? They all broke new ground, both in terms of piano-playing technique and musically. All three developed their works directly, almost improvisationally, on the instrument. And for all three of them, light-heardedness and the joy of playing the instrument are at the forefront of their works.
And it is this joy of playing and light-heardedness that also characterize the essence of this recording, whose basic idea was to "capture" the "intuitively musical" in a recording, i.e. to bring the improvisational spirit of these pieces to life. Thus, this album is a snapshot, as it were, that captures something that is alive like a picture captures movement.
The selection of the pieces is based on a shared inner musical bond and an affinity of the keys that ties the whole CD together. [. . .]

Bernhard Parz received his education at the Vienna Hochschule für Musik und darstellende Kunst (today’s University of Music and Performing Arts) as well as at the Vienna Conservatory.
Following various competition successes (including first prizes at the International Johannes Brahms Competition, the International Music Festival Austria, and the Swedish Duo Competition), a concert and teaching career took him all over Europe as well as to the Far East and South America.
In 2009 he was appointed professor of piano at the Music and Arts University of the City of Vienna – the youngest since its foundation. Considered a master of the "Viennese sound", he performs as a soloist and chamber musician in many parts of the world – in halls such as the Tonhalle Zurich or the JT-Arts Hall Tokyo, and at festivals such as the Shanghai International Arts Festival, the "Pera Piano Festival" Istanbul, and the “Festival Internacional de Piano” of the University of Santander in Colombia.
Bernhard Parz is bearer of the title "Bösendorfer Artist", and is thus an ambassador of Viennese musical culture, with a corresponding program focus. He delights and inspires his concert audiences with his personal, lively and direct playing. He is not only internationally in demand as a teacher, but is also committed to spreading his enthusiasm for music to a broad audience by means of alternative concert formats and music education projects.
[extract of the booklet text, incl. some more info about the composers, works and the interpretation]