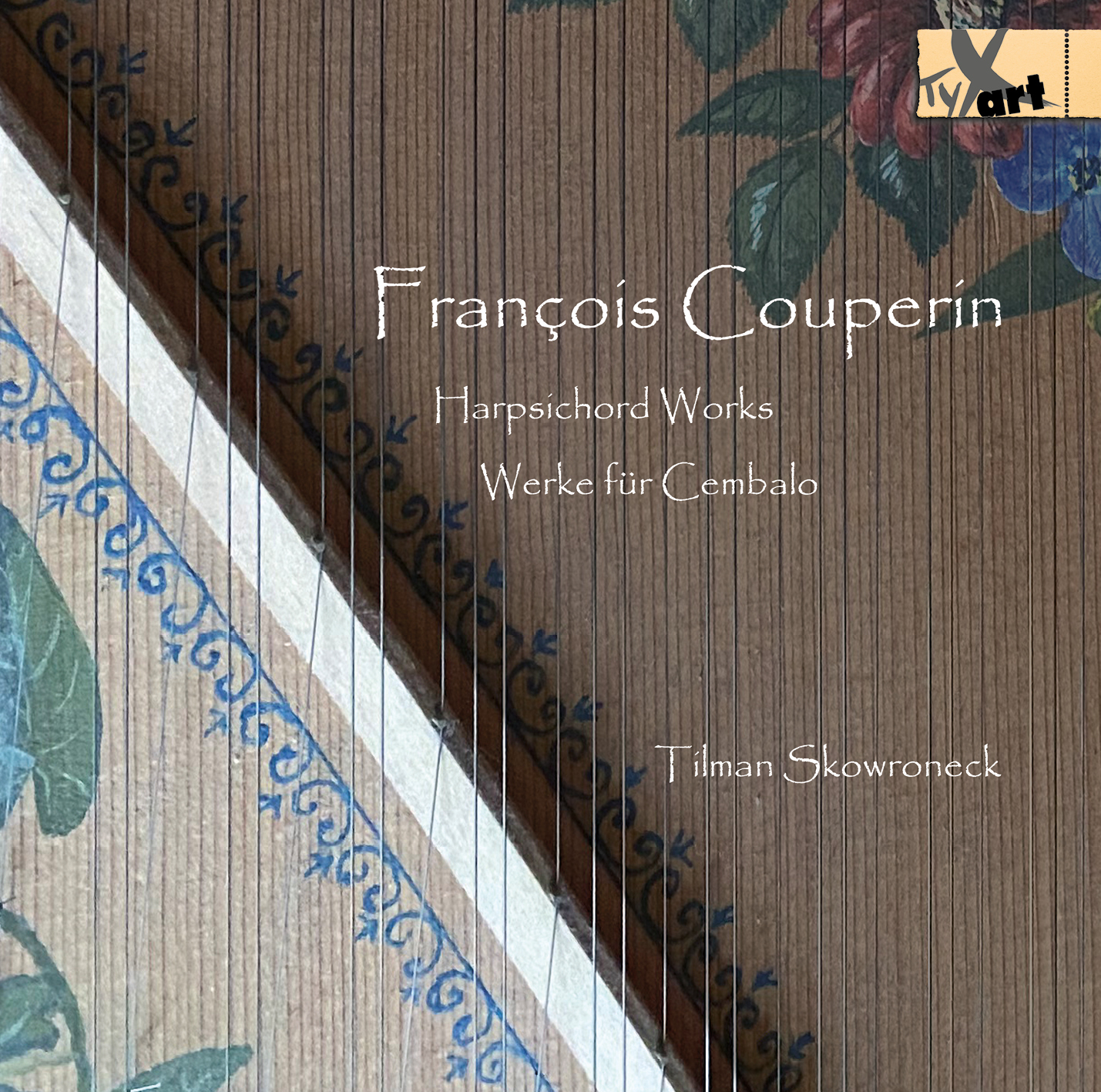 François Couperin (1668–1733) published his first book of Pièces de Clavecin — containing five suites or, as he called them, Ordres, for harpsichord — in 1713. This was followed by his harpsichord method L’Art de toucher le Clavecin in 1716, and a second book of harpsichord pieces in 1717 (two more books followed in 1722 and 1730). L’Art de toucher le Clavecin in a way ties the first two books of Pièces de Clavecin together, as it includes eight Préludes for some of their suites.
While we still do encounter traditional dance movements in these Ordres, they are interspersed with characterful, poetic and brilliantly creative compositions with (often whimsical) character titles. Some of these titles represent an idea Couperin had in mind when composing the piece. Others are portraits of living persons, known to his contemporaries.

"This CD presents selections from three Ordres from the first and second books of Pièces de Clavecin, each preceded by the matching Prélude from L’Art de toucher le Clavecin in the same key. The Premier Prélude in C major is a sunny, carefree piece in which Couperin exploits his signature style luthé, where the bass note provides the beat, or cadence, and the upper voices fill in the chord in an arpeggiation. The gloomy Troisiême Ordre in C minor is a reflection on the French court’s devastating year of 1712, when three Dauphins died in short succession. The selection presented here contains several pieces written in the tradition of the musical Tombeau, although not titled as such.
The Second Prélude in D minor is a thoughtful dialogue between an alto melody and a tenor part. The Second Ordre contains an abundance of pieces in a generally bright spirit. A special highlight among the pieces selected for this CD is the enigmatic La Garnier (a portrait of Couperin’s fellow organist at the Chapelle Royale, Gabriel Garnier).
The Sixième Prélude in B minor has a slightly forlorn character and emphasizes the sweet tone of the upper register of the harpsichord. The dramatic Huitiême Ordre in B minor from the second book stands out by its variety and musical depth.
Couperin’s world is quirky and full of mysterious images. In spite of the structural predictability of its Baroque forms, the sound world the music evokes, the pictures it presents and the characterizations it suggests are often entirely unexpected and remain captivating. This music is also able to show off a good harpsichord at its absolute best, and it has been a delight to select and record the music for this CD." Tilman Skowroneck


Tilman Skowroneck was born in Bremen (Germany) in 1959 and studied harpsichord with Bob van Asperen, Anneke Uittenbosch, Ton Koopman and Gustav Leonhardt in The Hague and Amsterdam. After his studies he established himself as a freelance harpsichordist in Germany and Holland. In 1991 he was engaged as harpsichordist and fortepianist in the newly founded Swedish baroque group Corona Artis. Since 1996, Tilman Skowroneck has participated at various early-piano seminars at the University of Gothenburg and the Gothenburg organ centre GOArt. During the fall semester 1999, he studied fortepiano and performance practices with Malcolm Bilson (Cornell University). His book "Beethoven the Pianist" was published by Cambridge University Press in 2010. Tilman Skowroneck is senior lecturer for musical performance at the Academy of Music and Drama, University of Gothenburg.

[extract of the booklet text]

CD Review and Tip!
»[...] Tilman Skowroneck, who studied at the conservatories of Amsterdam and The Hague with Anneke Uittenbosch, Gustav Leonhardt and Bob van Asperen, penetrates to the core of this idiom with great consistency. His technique is flawless, and he depicts Couperin’s subtly colored images in a performance that ranges from majestic to almost fragile, depending upon the subject. In his hands, these character pieces take on an almost irresistible charm, and the ornaments he adds to the transparent filigree of notes are exquisite. One could not ask for more.«
MUSICALIFEITEN, Jan de Kruijff, The Netherlands/int'l (online 10/2021)