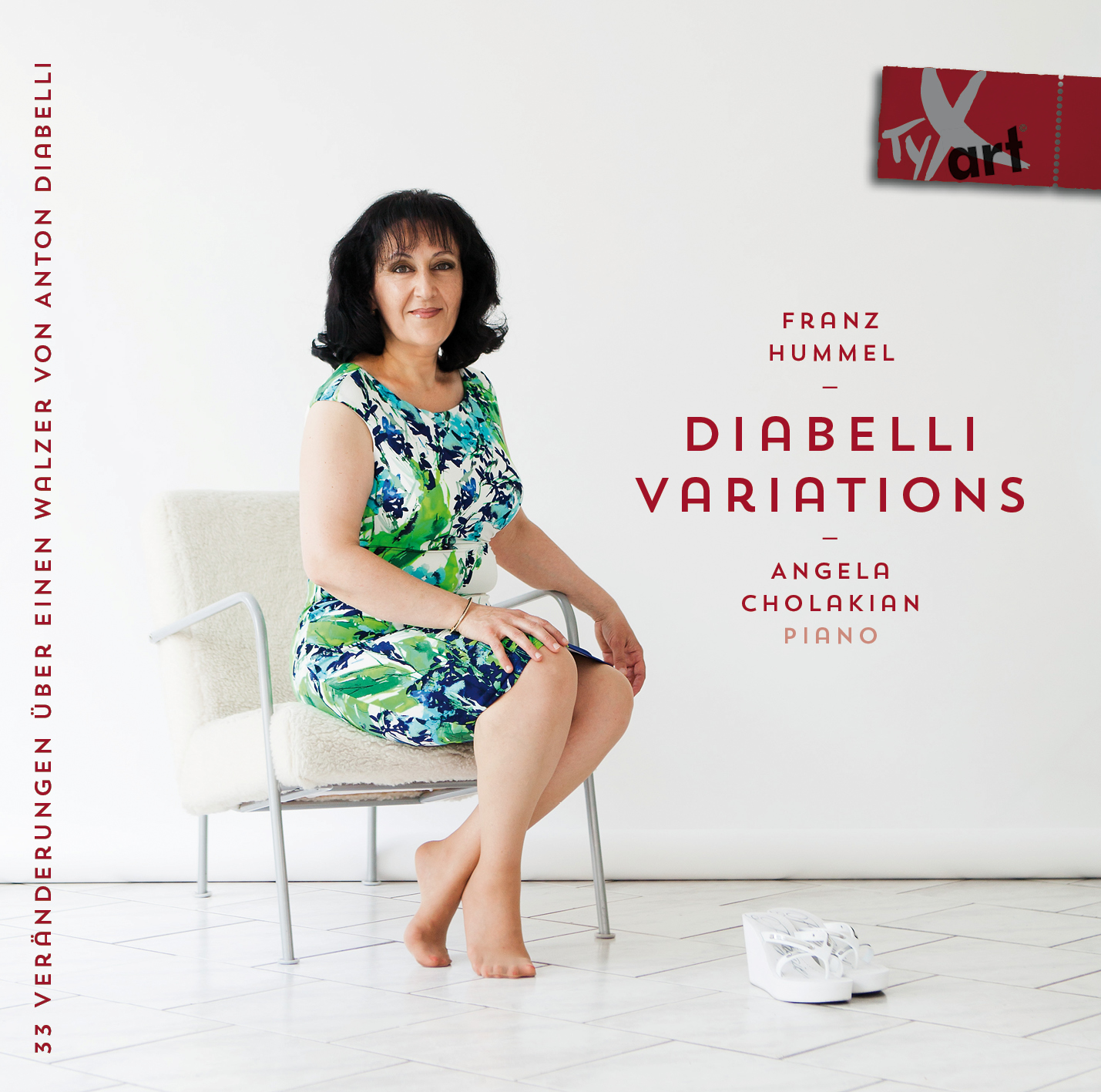 Franz Hummel (*1939) is the first composer since Beethoven to use Anton Diabelli’s famous theme as the basis for such an extensive piano work. These variations are like a humorous, tongue-in-cheek chronicle of music, and some stylistic quotations challenge the listener, as in a musical quiz, to guess who could possibly have written which variation.
Angela Cholakian is regarded as one of the most passionate and original pianists of romantic and contemporary compositions. With her phenomenal technique, she effortlessly puts into practice all that her obsessive imagination demands of her.


»[...] Didn't Beethoven say all there was to say on the matter and therefore have the final word on the subject? Apparently not ... [...] Now what Franz Hummel has done, in a diabolically clever way, is to enlist his own group of famous composers to write, in a subliminal way of course, new variations by combining their style of writing to his own. [...]
Most of these variations are technically challenging and musically complex, but in what I believe to be her first recording, Russian pianist Angela Cholakian immediately commands attention by her unflinching technique and uncompromising mastery of the music at hand. Her expressive playing always suits the style, and even adds to the character, of each and every different variation.
The booklet notes indicate that she seems to be a worthy successor to the art of such pianists as Gilels and Richter. I believe a correction is in order. The word "is" should replace "seems to be" in my opinion.«
classicalmusicsentinel.com, Canada, Jean-Yves Duperron (29 October 2014)