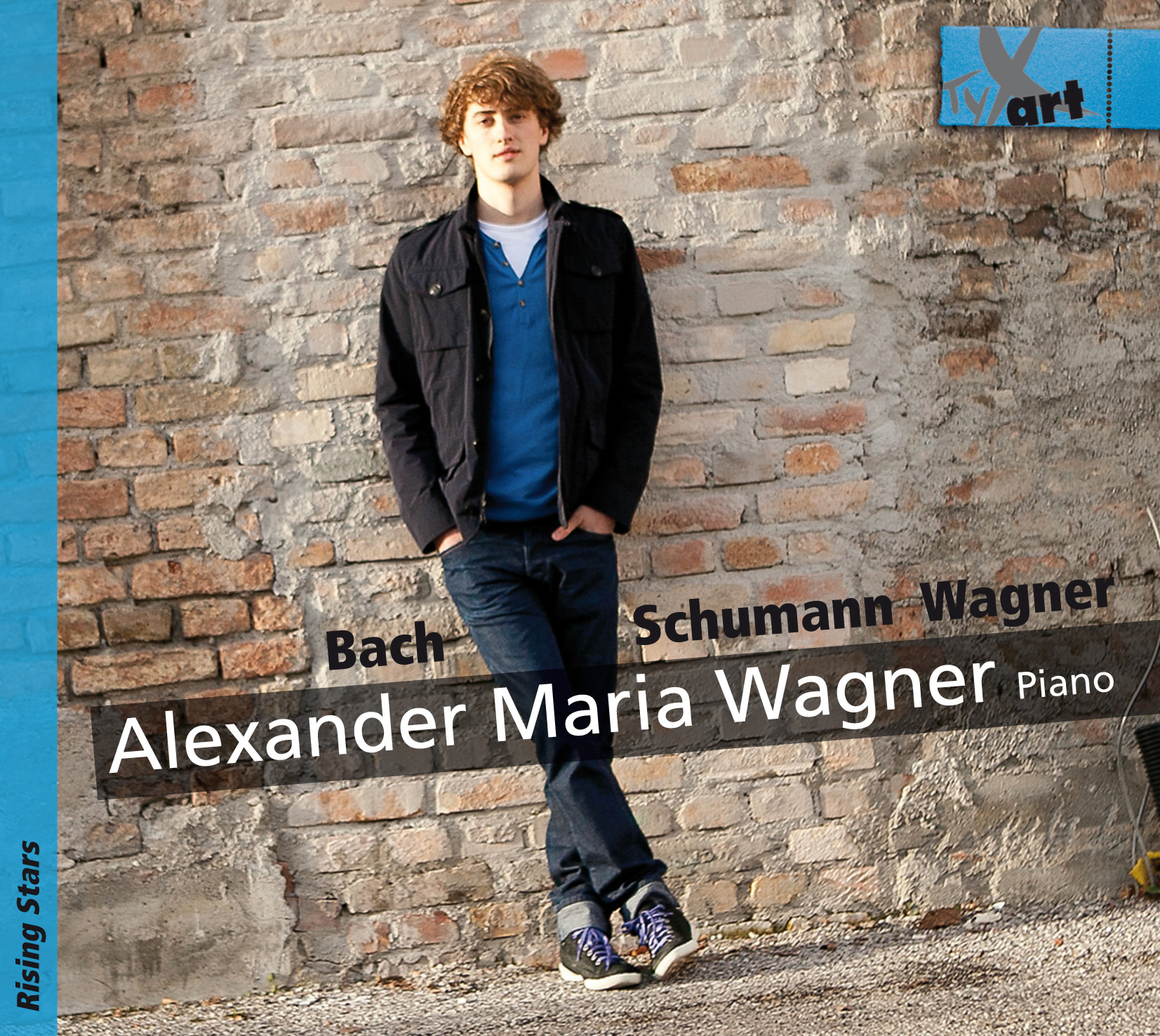 Alexander Maria Wagner is an extremely inspired young man. He feels at home in all ﬁelds of art and philosophy, both intellectually and emotionally, and even the most remote music-philosophical trend never escapes his attention.
Wagner's psychogram reveals a highly motivated artist, who pursues his interests day and night; composing, philosophizing, practising piano works, which range from baroque to contemporary, and he has thus accumulated a wealth of knowledge and skill on which to build up his career. Alexander has already discarded a suitcase full of compositions of almost all genres. One can only hope that one day in the future he will forget his exaggerated self-criticism and, in the light of experience, reopen it to retrieve some of these gems from his youth.
Wagner has an uncomprising passion for explosive dramatics as well as for simplicity and naturalness. Complexity, energy and clearly comprehendable forms are the basis of his compositions and interpretations. These latter, with their intellectual clarity and radicality, enchant his audiences.
On this CD, the pianist Wagner demonstrates that he is an interpreter who, whilst refusing to put himself into a state of permanent insecurity by continually speculating on the composers' intentions, deﬁnitely has something personal to say about his great predecessors. With this attitude, he is able, perhaps, to show the brilliant structure of Schumann's compositions and the "romantic" futuristic vision of the ingenious Bach better than many other pianists, who remain dutifully "faithful" to the original and whose creativity and vitality have, in consequence, been lulled to sleep. Alexander M. Wagner would like contemporaries to play his music as if "they move into a house I've built and furnish it with their individual taste and imagination. Otherwise I would be a bad architect."
What could be more natural for us than to present this young artist in our TYXart series "Rising Stars"!

A further CD with Alexander Maria Wagner:
The Moscow Recording


PREVIEW
Further CDs in the Series "Rising Stars" are planned.