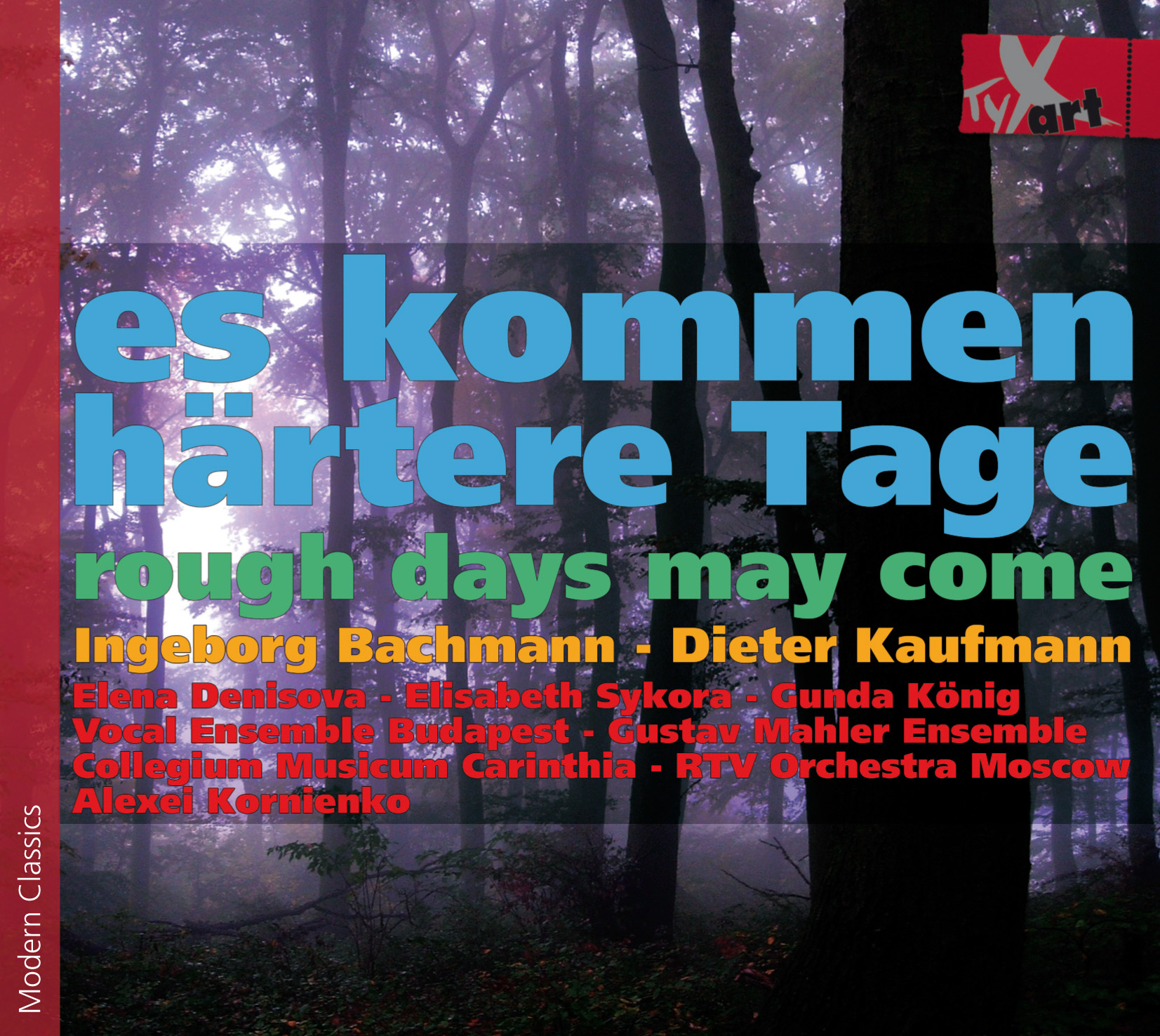 "I composed EVOCATION under the inﬂuence of the student protests in Paris in May 1968, which I witnessed whilst taking part in Olivier Messiaen's composition course as a scholarship holder. But the idea to write a large work against war goes back to an earlier plan. Ingeborg Bachmann's poems - which I have set to music in this oratorio - made it possible to put this into practice. The composition sides with the individual, with the single voice - in the concerto of a thousand. Every single person counts and has his own part in the score, and from the diversity of individuals, opposition and comprehension develop.

The nucleus of the work consists of semitone and whole tone constellations. Formal structures are gained by the systematic splitting of octaves (tritone, three major and four minor thirds), and musical accents, mostly resulting from the tritone tension, take on an important function. Very often, basic conditions are created: series of intervals, alternating scales of semitones and whole tones, clusters. One of my main concerns in this composition is "transition": Transition from sound to word, from noise to music and vice versa, transition from small to larger intervals, from wide-meshed to dense structures, transition in every possible manifestation.

Further works on the CD, interpreted by the same musicians, give the listener the chance to follow the devlopment of my sound spectrum up to the present day."
Dieter Kaufmann

CONCERTOMOBIL in the version for Solo Violin, String Orchestra and elektro-acoustic Tapes Op. 18
04-06 CONCERTOMOBIL I – III

Many thanks to:
Isolde Moser & Heinz Bachmann
Piper Verlag München