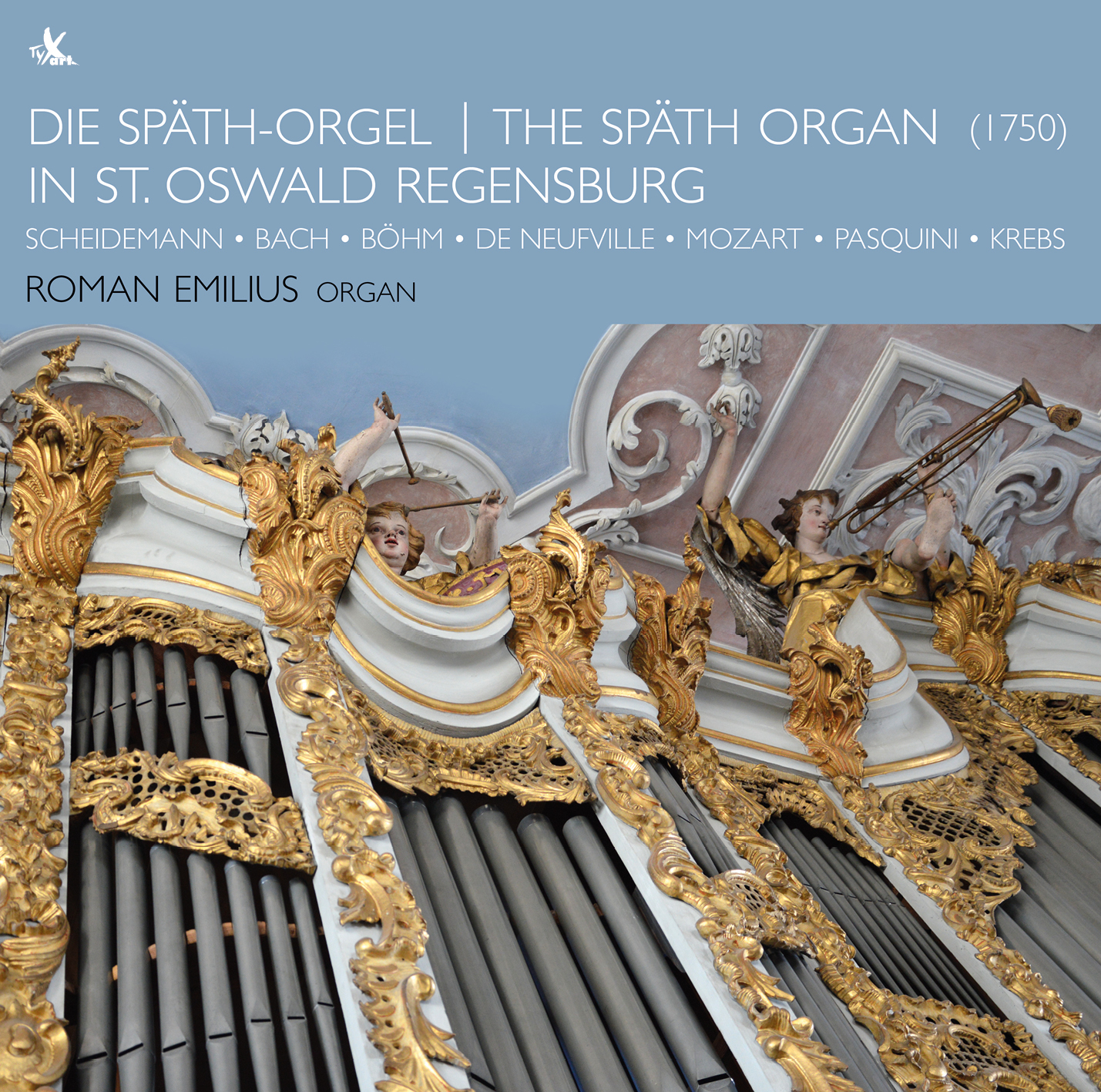 Frantz Jacob Späth was born in Regensburg (Bavaria/Germany) in 1714 and died there on 23 July 1786. In Regensburg he built the organs of St. Oswald in 1750 and of the Church of the Holy Trinity in 1758. Of the latter, only the casing and some few pipes have been preserved. What made Späth famous, however, were his pianos, above all because of his invention of the tangent piano. The instrument, somewhere between a harpsichord and a fortepiano, was the reason for his company's international fame. To date, about 20 pianos of this type have been preserved in the most important instrument collections. Like other piano makers of his time, he, too, experimented: in 1770, he advertised his Clavecin d’Amour, a combination instrument with strings and an organ stop (flauto traversiere) on two manuals.

The organ of the church of St. Oswald was inaugurated in a festive service on 27 December 1750 "with music of trumpets and timpani". The reason a new organ was built was that the church itself was being remodeled. The work started in 1708 with the conversion of the nave to a baroque style; from 1724 to 26, the choir was redesigned; and in 1750, the oratories where the legates attended services were installed, marking the end of the work. In this process, an organ was installed already in 1707, however, it seemed that installation was unsuccessful. Petitions to the city council attest to the unsatisfactory situation. This is why the decision was made to have a completely new organ built, and Franz Späth was asked to submit a cost estimate for an organ in 1748. The organ builder signed his new instrument in an invisible place in the well of the choir organ: Durch Jesu Gnadentrieb soll meine Orgel klingen / gib Jesu deinen Geist, so wird es wohl gelingen. (My organ is to sound by Jesus‘ grace / give your soul to Jesus, then it will go well.)

Johann Andreas Stein, later a famous piano maker in Augsburg, was also involved in building the organ. He, too, came from a family of organ builders and was apprenticed with Johann Andreas Silbermann in Strasbourg before he worked with Späth in Regensburg in 1749/50. In an application as organ builder in Augsburg he put down as an important reference, "... I fashioned and tuned all of the pipes, the soul of any organ, with my own hand in the beautiful, great organ of St. Oswald in Regensburg." This results in very interesting connections between Silbermann in Strasbourg, Späth in Regensburg and Stein in Augsburg, all the way to Mozart. The latter mentioned Späth and Stein in a letter to his father in Salzburg on the occasion of a visit to Augsburg.

The organ remained largely unchanged until the middle of the 20th century. It was not until 1954, when in the course of a remodeling the Paul Ott company changed parts of the sounding substance. The goal of this measure was to expand the instrument in order to be able to represent the entire width of baroque music. What was ignored in this process was that the organ had represented a typically South German sound ideal with fairly complete diapason and mixture choirs as well as strings already in 1750. There were no reeds, the pedal had only a limited register range and few stops. Performing North German organ works and a large part of the oeuvre of Bach was impossible. The re-evaluation of early music in the context of an increasingly accepted, historically informed performance practice and the appreciation of local characteristics also in instrument making that came with it made a comprehensive restoration necessary, which was carried out between 1986 and 1991 by the Klais (Bonn) company. The goal was to restore the original condition of the instrument. Today, it is being maintained by Andreas Utz, master organ builder in Regensburg.
Roman Emilius (extract of the booklet text)