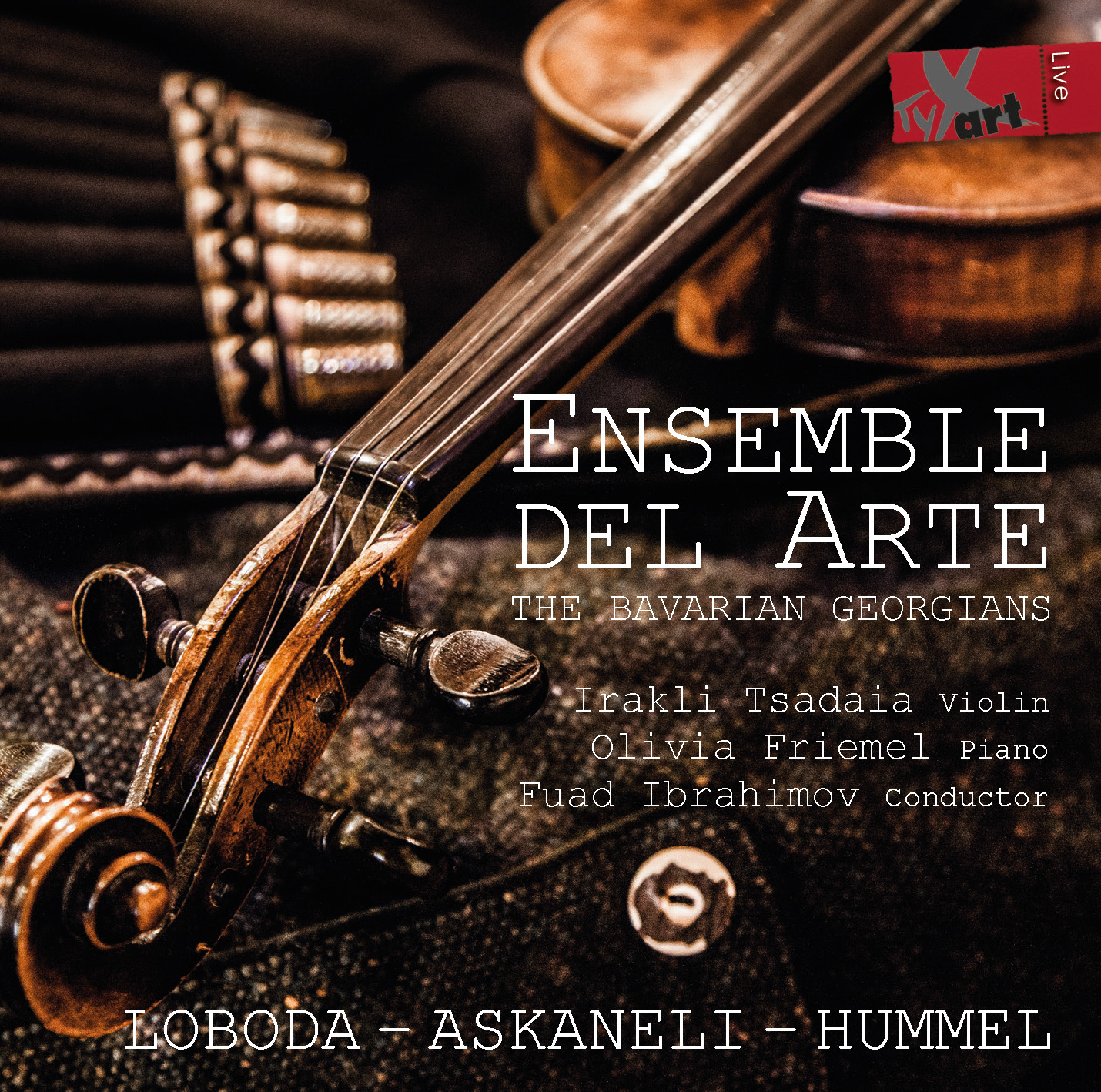 ENSEMBLE DEL ARTE was founded in 1994 in Neuburg on the Danube (Germany) - by soloists of the Georgian Chamber Orchestra, which took up residence in Ingolstadt in 1990 - and has since become well-known as a first-class chamber orchestra. Internationally renowned soloists and conductors gladly accept invitations to perform regularly with DEL ARTE.
Members of the orchestra began to give musical and instrumental lessons to children and youngsters and have thus created a large pool of talented "Bavarian Georgians" from which the “Georgian Bavarians“ as well as orchestras throughout Germany profit. This special support for the musicians of the future has become very popular with concert audiences.

On this album, the ENSEMBLE presents premiere recordings of contemporary works by the Georgian composers Igor Loboda and Jimsher Askaneli and the Bavarian composer Franz Hummel, with the Azerbaijani conductor Fuad Ibrahimov and the soloists Irakli Tsadaia (Solo Violin) and Olivia Friemel (Piano).
The ensemble has an extensive repertoire, ranging from baroque to contemporary music. Numerous composers entrust new works to the orchestra, as they know that these will be premiered not only with exactitude but also with dedication, inspiration and temperament.

Fuad Ibrahimov (Conductor) has played the viola as a soloist in numerous chamber ensembles and orchestras since his childhood. Later he studied conducting in Michael Luig‘s class at the Music Conservatoire in Cologne and completed the course with top marks. The list of his appearances with famous orchestras is long and includes the Royal Philharmonic Orchestra and the Guerzenich Orchestra in Cologne. The Youth Philharmonic Azerbaijan was founded on his initiative. He is the Artistic Director of this orchestra, which he conducted for the first time in 2008 at the Young Euro Classic Festival. Since 2010, Ibrahimov has been “Conductor in Residence“ at the Berliner Camerata.

pizzicato: CD Review & Tip!
»The Bavarian Georgians of Ensemble del Arte and their soloists present a mix of Georgian and Bavarian music in well-made performances. Their exuberant joy of music-making is contagious.«
pizzicato.lu, Luxembourg (online 14 Nov 2016)