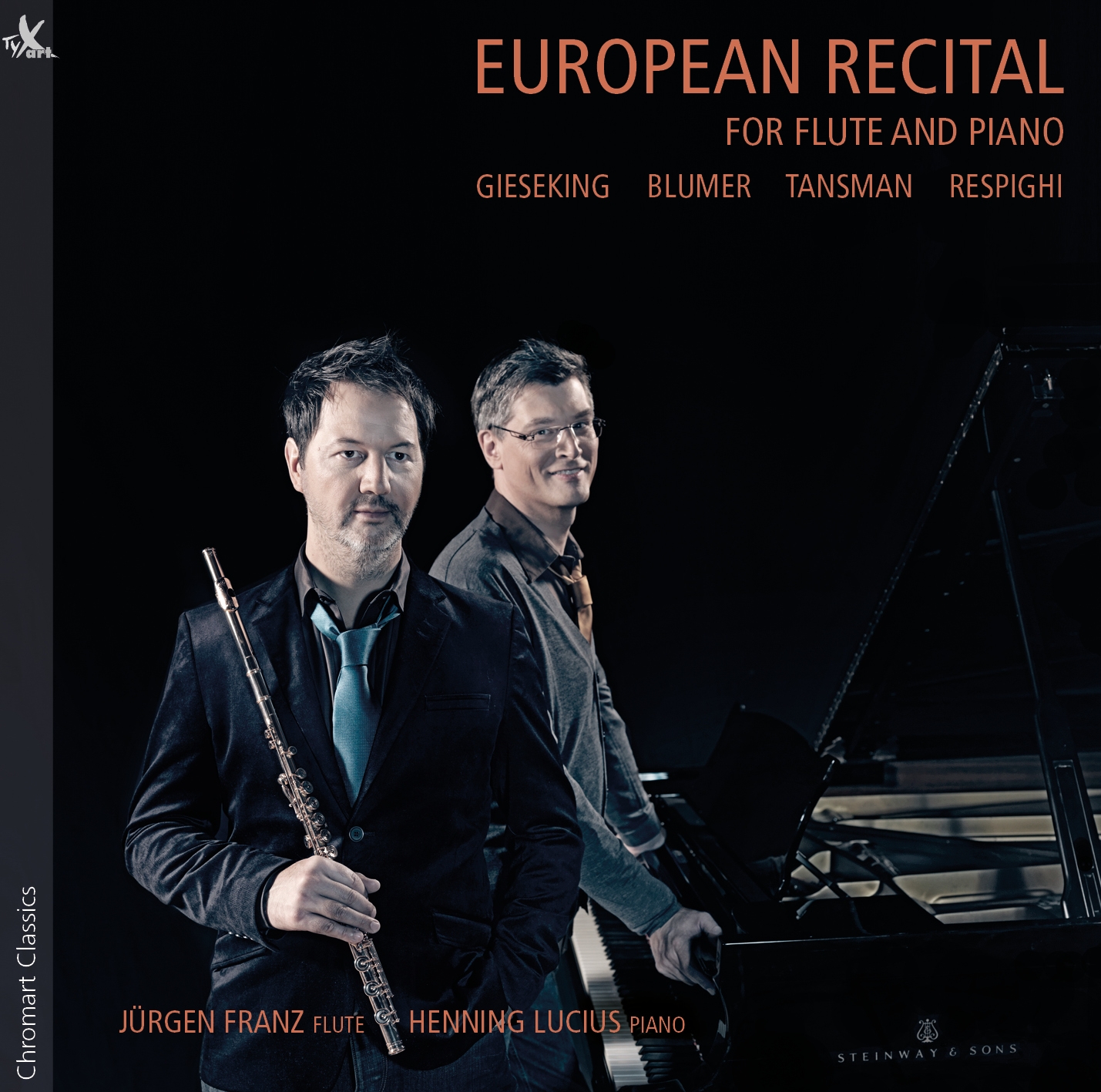 Works for Flute and Piano incl. Premiere Recordings - A TRIP THROUGH EUROPE

The programme on this CD brings together four works for Flute and Piano from the early 20th century and provides us with an entertaining cross-section into an era that was ruled by the idea of "L‘art pour l‘art".
Jürgen Franz and Henning Lucius perform with spirit and enthusiasm, and deliver the music with a tonal palette that is impressively rich and colourful.

The flute is one of the oldest instruments known to humanity. In ancient times it possessed an almost cult-like status. In the middle Ages it was a standard instrument for jugglers and traveling musicians, and by the Baroque period, it had gone on to play a leading role in art music. In the nineteenth century, however, interest in the flute declined rapidly, and it was only with the advent of impressionism that the instrument once again took on a more prominent role. The flute renaissance began in France and spread to other countries, and that growth of interest is reflected in the works offered here. They provide us with a musical journey through France, Italy, and Germany as seen through the (re)discovery of music by composers who are almost forgotten today.
Alexandre Tansman and especially Theodor Blumer are almost completely unknown to us today, and Walter Gieseking, although recognized as one of the twentieth century’s greatest pianists, is not generally known for his compositions. Only Ottorino Respighi is known internationally for his works. This CD is especially interesting because of the Flute sonata by Theodor Blumer and the Violin sonata by Respighi (in an arrangement for flute and piano by Jürgen Franz), both of which are receiving their world premiere recordings.

The four sonatas were written within a time frame of less than 20 years, from 1917 to 1935. This period in European music is marked by a turning away from traditional romanticism. In its place many artists substituted the idea of "L’art pour l’art". Oscar Wilde described these aesthetics in the following way: "The artist disappears and the art is revealed - that is the goal of art." For this era, which has become known as a neo-classical period, the expression of subjective feeling was no longer paramount. Instead, composers found satisfaction in experimentation and the play with sounds and colours.

"This CD is one of the most interesting to be issued for a long time. The repertoire is very attractive. It is very well recorded and the playing is of the highest standard. A pleasure to listen to."
Sir James Galway


Free audio samples of this recording!