CD "Land of Beauty" An Anthem for Bavaria 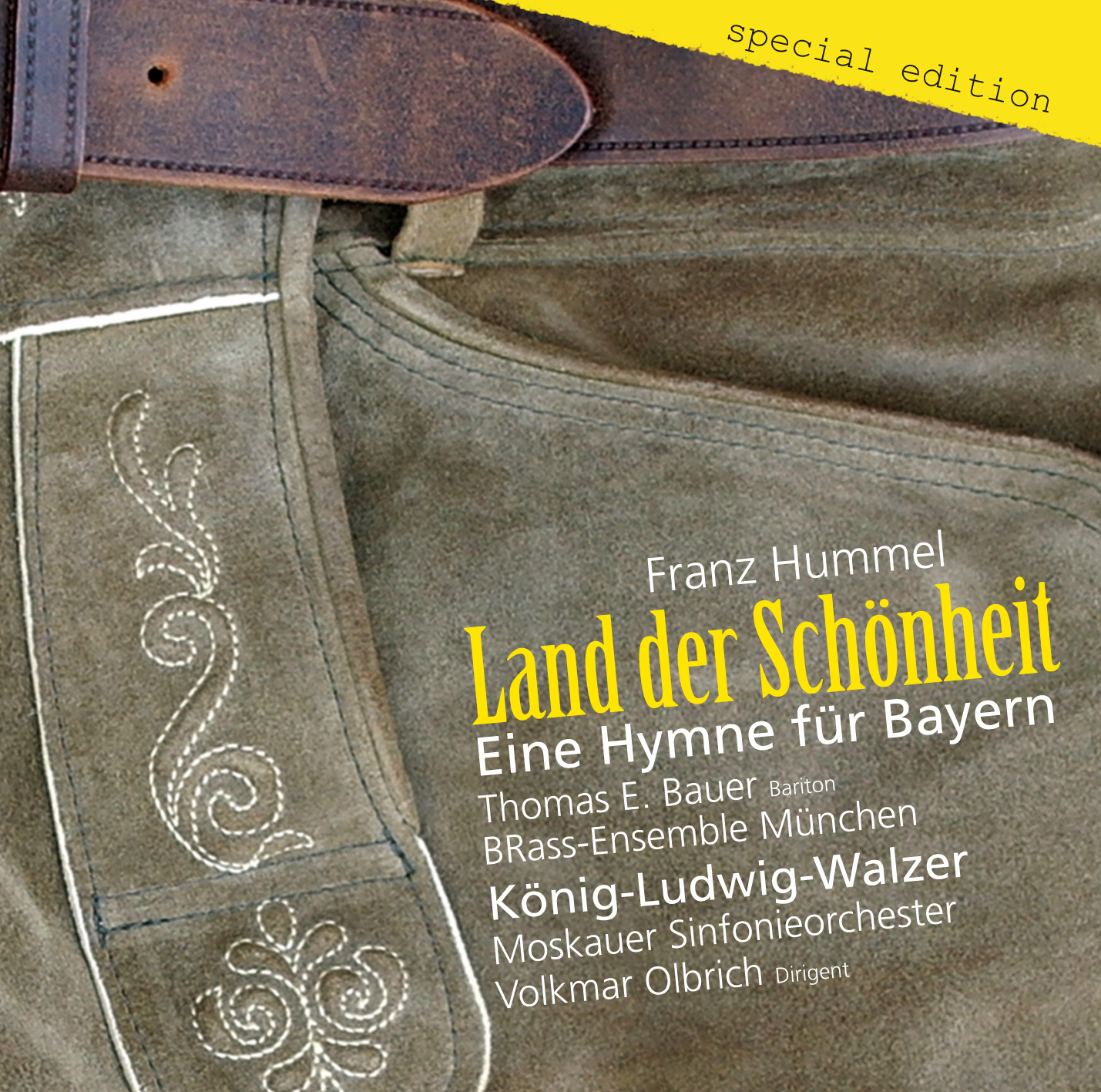 I dedicate this anthem (which is not allowed to be called "Bavarian National Anthem" because the title is protected by trademark law) to my beloved Bavaria and its congenial people. It offers another song in honour of Bavaria for festive occasions. I intend to arrange it for all varieties of voices and instruments as required.
The rhymed verses are based on notes made by King Ludwig II. that were given to me by an elderly gentleman in Füssen in 1998. They had been written down and passed on to him by a relative who had been in the service of the King, and he hoped I would use them in my musical "Ludwig II - Longing for Paradise" that was being produced at that time. This proved, however, not to be possible. Here the words serve as an inspiration for the new anthem, the character of which is far from nationalistic, and which seems to me to come very close to the modern Bavarian way of life.
The additional King Ludwig Waltz, from the musical mentioned above, is, I think, well-placed in this context.
My thanks go to the wonderful singer Thomas E. Bauer for his spontaneous and altruistic participation and to the 10 gentlemen with lady of the BRass Ensemble Munich for their convivial open-mindedness and professionalism during the recording session.
Franz Hummel